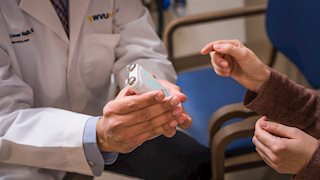 If your bank account balance looks nail-bitingly low and you won’t get paid for days, you might agonize over every dollar you spend. Maybe you’ll scrutinize grocery-store ads more closely than usual or brew your own coffee instead of ordering it from a barista.

Migraine patients can face a similar sense of scarcity when it comes to migraine medications. Drugs called triptans are the “mainstay of migraine treatment,” said West Virginia University neurologist Umer Najib, but typically, patients can’t take them more than twice a week. If they have a third migraine, they’re out of luck. But Najib is researching a new way to treat—and prevent—migraine attacks without this limitation: neuromodulation.

“Neuromodulation is a way to manipulate the central pain system by applying electrical or magnetic pulses to specific nerves or areas of the brain,” explained Najib, who directs the clinical research program for the School of Medicine’s Department of Neurology.

In a new clinical trial he’s leading, neuromodulation takes the form of a cell-phone-sized device that stimulates the vagus nerve. The longest cranial nerve in the human body, the vagus nerve charts a circuitous route from the brain stem through the face, neck, chest and abdomen.

“The traditional vagus nerve stimulator, which has been used for epilepsy seizure patients for many years, is an implanted device,” Najib said. “But this is noninvasive. It works in a different way. It’s applied to the neck, and it stimulates the vagus nerve in a proprietary manner that causes changes in certain areas of the brain stem involved in the migraine process. By downregulating those migraine-related areas, it can disrupt an ongoing migraine attack, or if it’s used three times a day, every day, it prevents the migraine attacks from coming on.”

ElectroCore—a corporation that specializes in neuromodulation technologies—makes the device and funded the trial.

Previous animal studies and medical-imaging data suggest the device is effective at preventing and combatting migraine attacks. Now Najib and his colleagues want to know how well it performs for actual migraine patients.

Peering into an ‘invisible disease’

The researchers are enrolling participants in a six-month trial that will pit the device against a “sham” version that looks and feels like the real thing but doesn’t affect the vagus nerve.

“This was something that was dear to me,” Najib said. “A significant portion of our patients do not have commercial insurance, and even if a device is FDA-approved, they aren’t able to get it because state Medicaid won’t cover it for them. I advocated for the open label phase to be added to this clinical trial as this gives our patients the opportunity to receive the latest neuromodulation treatments.”

Participants will keep a daily, electronic headache diary. If they skip a day or don’t provide all of the information they’re asked for, a dashboard will notify the research team, and a coordinator will call the patients, reminding them to complete the task.

Every four weeks, the participants will also visit the WVU Headache Center so that a doctor can assess their migraine symptoms and determine if they’re improving.

“Unfortunately there’s been a lot of stigma attached to migraine because it’s an invisible disease,” Najib said. “People don’t see it, and those who have not experienced it don’t understand how much pain—and all of the other symptoms—migraine patients are suffering from. It’s a disabling disease.”

When migraine treatments cause headaches

If migraine symptoms can be so wide-ranging and so debilitating, why do doctors limit their patients’ triptan use? It may sound counterintuitive, but taking too much of a triptan can trigger a headache.

In people who can take triptans safely, the medication can still cause unpleasant side effects, including chest tightness, muscle stiffness, sleeping disturbances including excessive sedation, anxiety and a warm sensation under the skin. And triptans aren’t used to prevent migraine attacks—just to cut them short.

“Noninvasive neuromodulation is a nonpharmacological option with minimal side effects and no drug interactions with anything else that the patient may be taking,” Najib said. “It can be safely used in a lot of patients where medications like triptans cannot be used, such as patients with coronary artery disease or stroke.”

The fact that neuromodulation doesn’t involve drugs is “especially relevant for us because of the opioid epidemic in our state,” he said. Patients he sees at the Headache Center are often taking opioids for migraine relief—as prescribed by another doctor—even though opioids can actually worsen migraine symptoms and carry the risk of addiction.

He and David Watson, who chairs and directs the Headache Center, have met with primary care physicians across West Virginia to emphasize that opioids aren’t the standard of care for migraine.

Grab the umbrella, leave the coffee

He and his research partners plan to study another neuromodulation device, too—one that patients apply to the arm to stop migraine attacks once they’ve started. Another project they have in the works will focus on wearable sensors that give doctors and patients insight into the physiological changes that precede, accompany and follow an attack.

“We know migraine patients experience certain symptoms before the actual attack, and then the attack takes place. And in addition to pain, there are so many other symptoms that are going on, which are because of changes in the autonomic nervous system,” he said.

In the future, wearables might be able to give people a migraine warning—like a weather alert—based on their physiological state. Then they can try to thwart the attack. Maybe they’ll avoid that one grocery store where the fluorescent lighting always sets off an attack. Maybe they won’t have that cup of coffee after all because caffeine is one of their migraine triggers.

“This is an exciting time for headache specialists like me and neurologists in general because of neuromodulation becoming mainstream and so many new technologies coming down,” Najib said. “Biotechnology in medicine—and in migraine—is exploding.”

Those who would like more information about migraines or to be considered for participation in the trial should make an appointment with the WVU Medicine Headache Clinic or contact Lauren Chase at 304.598.4000, Ext. 79418, lauren.chase@wvumedicine.org. 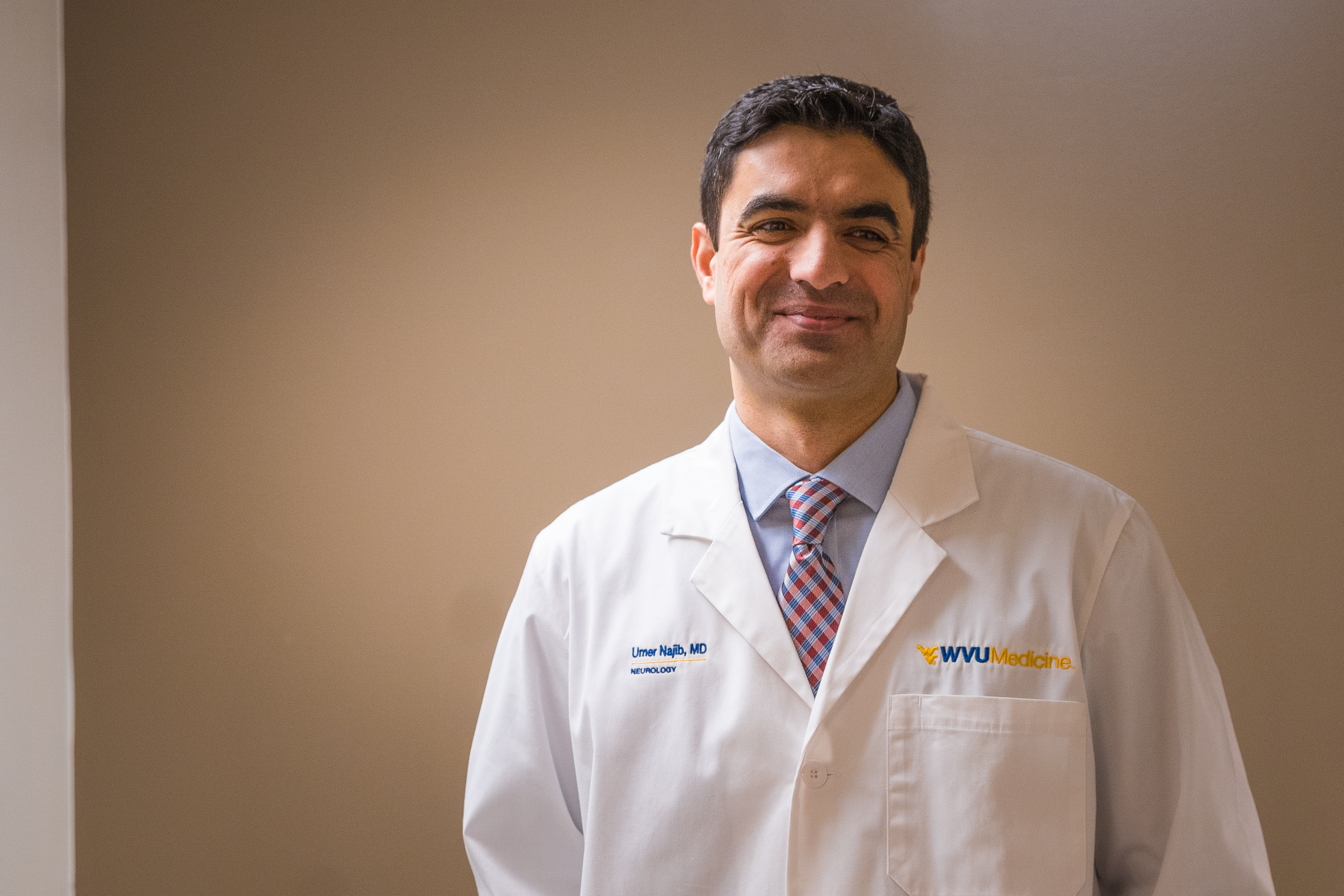