Scribbled on a white board at WVU Healthcare's Chestnut Ridge Center, those words served as a fitting backdrop for conversations with three recovering addicts – a trio of brave women who are also moms to healthy babies.

Soft-spoken Mandi nervously played with her light brown hair, which was draped over her left shoulder as she recalled her addiction story. Carrie and Stephanie, who became friends during their opioid addiction treatment, cried as they discussed their struggles and their successes.

Mandi started abusing alcohol at age 18. Soon came marijuana use and a baby girl in 2005.

“I was clean when I was pregnant. I was working midnight shift,” shared Mandi, a Morgantown resident. “All my co-workers were going out to their cars to snort pills. That’s where I was introduced to that. After I had the baby, I went out to the car to be included. So I got hooked on pain pills. I graduated to heroin because oxys weren’t enough.”

Entrenched in a “life of partying all the time,” Mandi allowed her mother to keep her daughter. “I struggled with that a lot and was depressed. That made me want to use more. I knew it was the opposite of where I wanted to be, but I couldn’t help myself.” 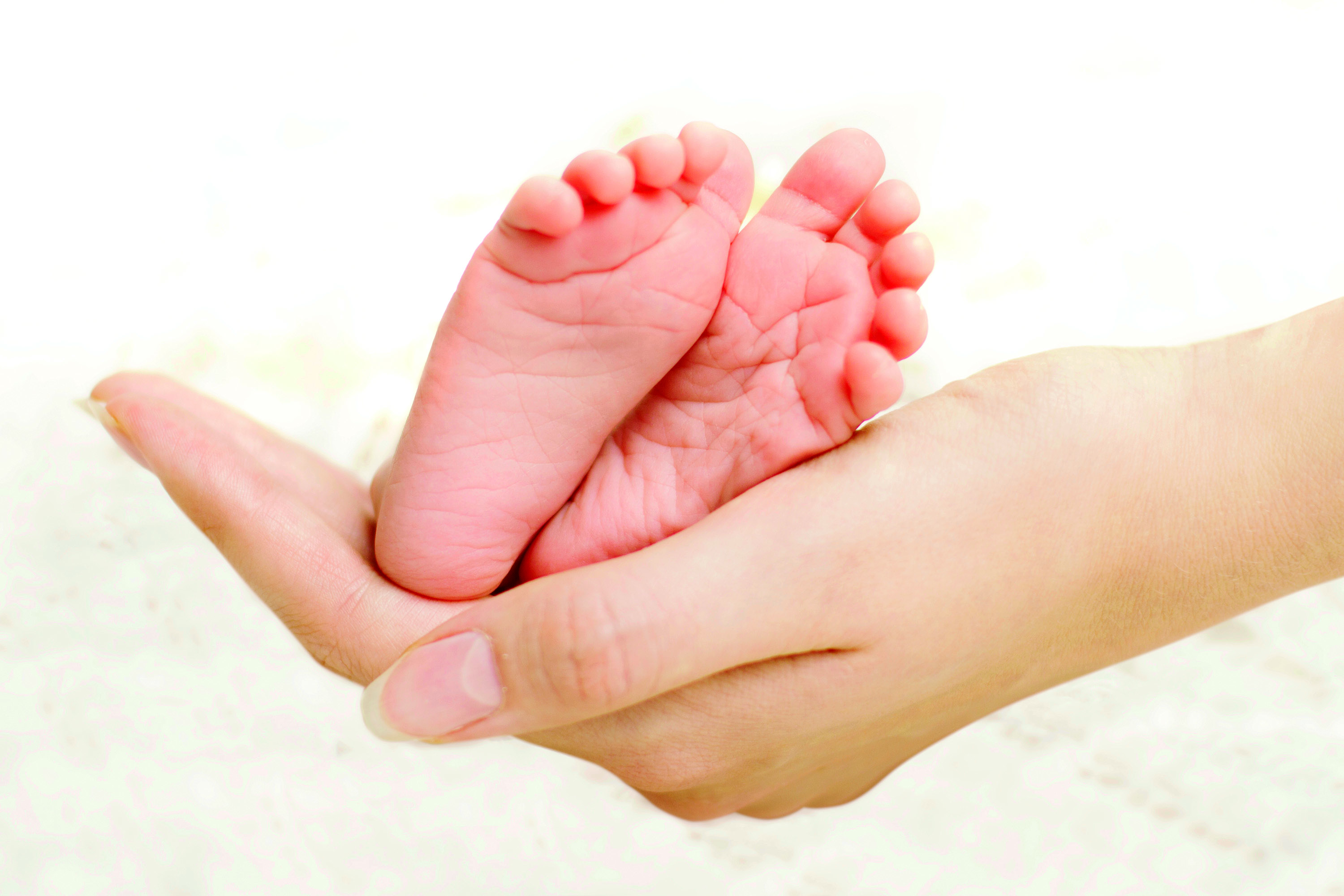 Mandi continued with that lifestyle until she delivered her second daughter. After Hadley’s birth in May 2014, the labor and delivery staff at WVU Children’s Hospital requested Mandi have a consultation with Patrick Marshalek, MD, a WVU Healthcare pyschiatrist and addiction specialist.

“I wouldn’t be sober if they hadn’t done that,” said Mandi, now 29. “If the hospital staff had been mean to me and not understanding of my addiction, my life would be totally different right now. I wouldn’t be this happy. I wouldn’t have my daughter with me because I’d still be out there using.”

But Mandi’s inpatient consultation with Dr. Marshalek was just the beginning. A week later, she entered Chestnut Ridge’s clinical outpatient program for treating pregnant women with Opioid Use Disorder. Marshalek, along with Laura Lander, MSW, an addiction therapist, developed the program based on the groundwork laid by Carl “Rolly” Sullivan, MD, director of the addictions program, who has been successfully using a group approach since 2004.

“We were seeing more and more pregnant patients,” Lander said. “What we noticed was they weren’t really getting their needs met. They were not being open about their substance abuse because they felt like they were being judged by other patients who might think, ‘If you’re pregnant, you should just be able to quit.’ None of them wants to be using when they’re pregnant. They would ask the doctor labor and delivery questions that he didn’t really have time to answer in a group of 12 people. So, we got together in 2011 and started to have some groups with just pregnant women.”

During pregnancy, Opioid Use Disorder is managed by maintenance with medication-assisted treatment, specifically the use of buprenorphine. Subutex is its brand name. “Buprenorphine allows us to see patients as a group and still get them treatment,” Marshalek said. Research shows that the lengths of stay for babies and the severity of their withdrawal are less when moms are treated with Subutex, rather than Methadone, which is the standard of care for patients with Opioid Use Disorder.

Chestnut Ridge Center now has five groups of pregnant women or women who have recently delivered, with 10-12 outpatients in each, being treated for Opioid Use Disorder. “Very quickly it became apparent that we needed to have an interdisciplinary approach to this,” Lander admitted. Therefore, once a month, representatives from behavioral medicine, obstetrics, pediatrics, lactation, and pharmacy meet to discuss patient issues and ways to improve.

WVU Department of Obstetrics and Gynecology Perinatal Nurse Coordinator Maureen Schmitt, RN, BSN, said pregnancy is usually the one instance when women have healthcare more frequently than any other time in their lives. “It’s a really good opportunity to get them whatever treatment they need,” she explained. “We don’t want to see someone who’s pregnant go through withdrawal. We also don’t want them using drugs off the street. All women, deep down, want to do what’s best for their babies.”

Carrie, 27, suffered from chronic back pain, which led to her addiction to pain pills. She started out obtaining a prescription from a doctor but resorted to buying them off the street when a month’s supply wasn’t enough.

The Grafton resident got pregnant in 2009 and began “slowing down” her drug use. “I got to where I could pretty much only do one or two – enough so I wouldn’t be sick,” Carrie explained. “I had a c-section, so they sent me home with Percocet, and that just started it all over again.” 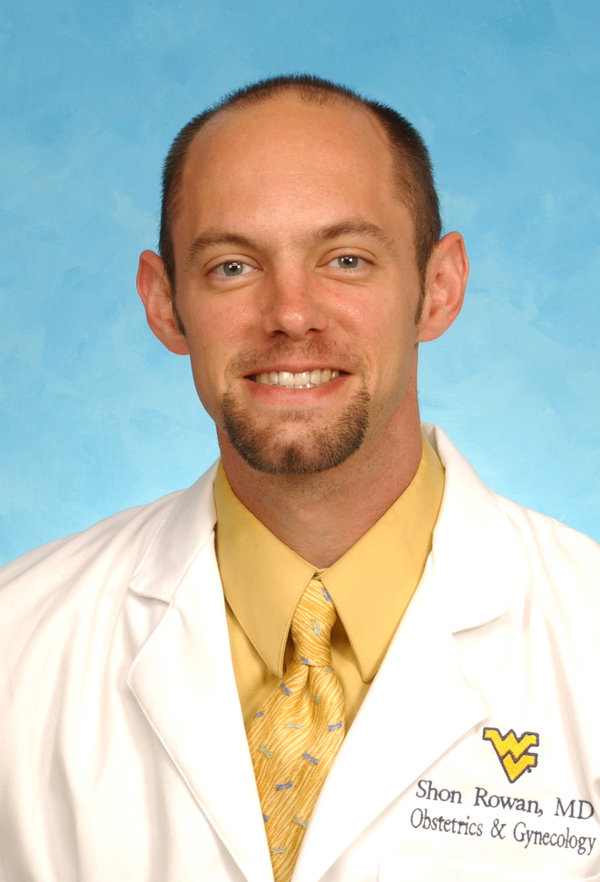 WVU obstetrician/gynecologist Shon Rowan, MD, noted that helping patients like Carrie manage pain, especially after a c-section, requires careful planning and collaboration with Marshalek and others in the WVU Department of Behavioral Medicine and Psychiatry. “Some might say, ‘They just want more pain pills.’ No. They’ve actually had surgery and are in pain,” Dr. Rowan said. “We also have to remember that their pain receptors are getting hammered by these other medicines, so they may not respond to the normal doses.”

Following her c-section, the pain it caused, and subsequent drug abuse, Carrie quit paying her bills, failed to adequately care for her son, lost good friends, and stole family members’ medication and money. But she had already heard about Subutex before she became pregnant again in 2014.

“I started to buy that off the street, instead of the pain pills,” Carrie shared. “I would take it under my tongue, like I was supposed to. I wanted to get off the pain pills.”

She saw Rowan during her first obstetrics appointment at WVU Healthcare’s Physician Office Center. “I was scared,” Carrie remembered. “I cried the whole way to the doctor’s appointment. I cried in the waiting room. I was sitting in the exam room crying.”

Rowan noted that stories like Carrie’s make up a large portion of pregnant patients who use Subutex. “She had chronic pain that had to be managed. She didn’t choose this.”

Grafton resident Stephanie, 35, agreed. “I’ve had people tell me, ‘Being an addict is a choice.’ It’s not. It’s not a choice. Who would choose to be addicted to drugs? I would do things I never thought I would do. I told myself I would never shoot up in a million years, and there I found myself shooting up. I told myself I would never steal from my mom, and I found myself stealing off my mom.”

Lander said addiction is a chronic disease that affects patients’ brains. “This is not people doing bad things or people behaving irresponsibly. Mental health issues have a stigma because symptoms are often the behavior people engage in, versus other symptoms like a rash or an open wound. Those are easy to not fault someone for. When behaviors are the symptoms, people tend to say, ‘Oh, that’s a choice someone’s making.’ In brain scans, we can see very clearly that brains of people who have a history of addiction look very different than brains of people who don’t.”

Stigma is a common challenge patients tackle during their group meetings. “A lot of people look down on me because I’m on Subutex and I’m pregnant,” said Stephanie, who was pregnant at the time. “But the benefits of this medication outweigh the negative of it. I could be back on the street, but instead, I’m in a clinic. I’m getting help. I see a doctor on a weekly basis. You don’t get high off of this medication when you take it on a daily basis. It keeps you from wanting to get high, from that feeling of, ‘I need to go out and use, and I need to do it now.’”

Carrie added that one of the reasons people may look down on pregnant women who require Subutex for treatment is because many do abuse it. “People inject it, shoot it up. Some people get it prescribed and then sell half of them. That makes it harder for the people who come to a clinic.”

Mandi said her group provides a judgment-free zone. “What’s special about my group is we are all pregnant or just had a baby. We’re going through a lot of the same things, and we can help each other. We can vent and get it all out there.”

The collaboration between Chestnut Ridge Center’s program for pregnant women and other departments has, according to Lander, “been a real life example of how interdisciplinary treatment makes patient care better. Through back-and-forth communication, we’ve done some education on substance abuse treatment with all of the nurses in the hospital. We’ve also received education about the realities of the NICU (Neonatal Intensive Care Unit) and the challenges of caring for some of these babies after they’re born.”

While WVU has made significant progress in tackling the epidemic of substance abuse during pregnancy, providers are continuing to improve – by standardizing care of pregnant women with substance abuse problems, formalizing identification and treatment of newborns with withdrawal, and investigating alternative treatments for managing pain, such as acupuncture, chiropractic, or massage.

In addition, WVU obstetrics and behavioral medicine faculty members are conducting research on substance abuse during pregnancy, thanks to funding from the West Virginia Perinatal Partnership.

When an expectant mother takes drugs, even those prescribed by a doctor, the baby, once born, could show signs of withdrawal.

“At WVU Children's Hospital, a baby whose mother was using any kind of substance in pregnancy, whether it be off the street or in a treatment program, is hospitalized for five days (after birth) to observe for signs of neonatal abstinence syndrome,” Schmitt explained. 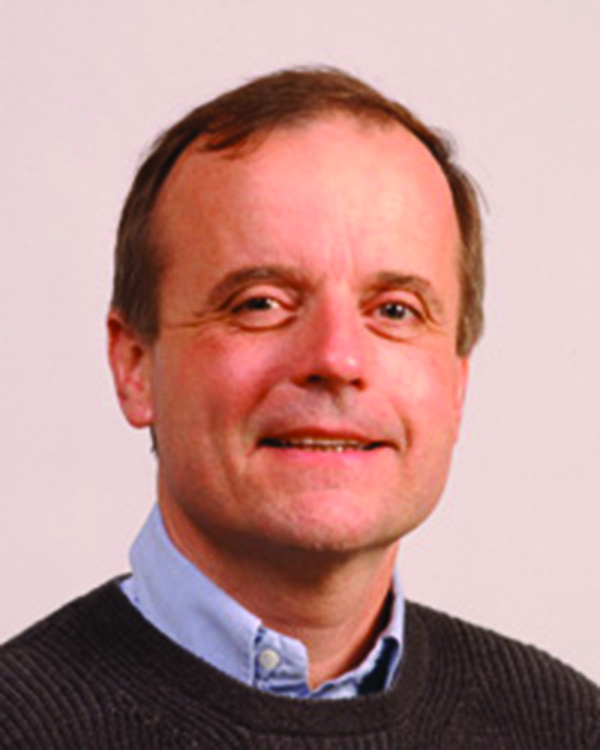 Neonatology Section Chief Mark Polak, MD, reported that 5-7 percent of babies born at WVU Children’s Hospital exhibit withdrawal symptoms, related to the mother having been on narcotics. Withdrawal symptoms usually begin within 24 to 72 hours of birth.

“We can usually manage it without drugs – cuddling, swaddling, rocking, and holding. That works very well,” Dr. Polak said. “We try to incorporate the family into the care as soon as possible and encourage them to take ownership for the non-pharmacologic treatment. We tell them, ‘We will get through this. You have to invest in your baby, just like we are.’”

Polak explained he and NICU staff use the Finnegan Scale to assess severity of the baby’s withdrawal symptoms. They are looking for some or all of the following signs:

“There gets to be a certain point where, from just their well-being, their ability to eat, and neurological changes, that we have to start narcotics on the baby,” Polak said. “Our choice is morphine. We developed a protocol designed to wean them from morphine in the shortest, safest time possible, usually somewhere between two and three weeks.”

Babies who require medication are monitored in the NICU. Those whose symptoms are managed without narcotics are discharged within five or six days, according to Polak.

WVU Department of Behavioral Medicine and Psychiatry providers collaborate with hospital staff to educate patients. “We explain, ‘Nobody’s punishing you by keeping your baby for five days, but this is really important. They want to ensure you don’t go home with a baby who’s really difficult to manage,’” Lander noted.

WVU School of Pharmacy hosts, 'So, you want to be a pharmacist?' on Sept. 27