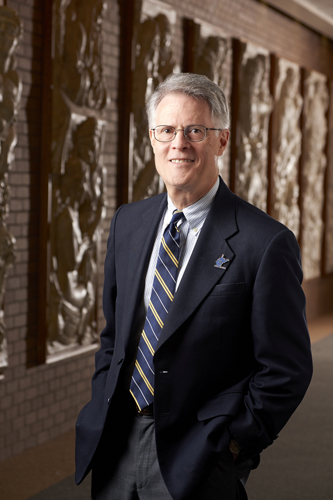 sciences of West Virginia University, Charleston Division, and campus dean of the School of Medicine, has been appointed to both posts on a permanent basis.

“Since early this year, Dr. Linton has been serving with great distinction in these interim positions,” said Christopher C. Colenda, M.D., M.P.H., WVU’s Chancellor for Health Sciences. “He has shown the sort of leadership and dedication that his department, the School of Medicine, and the Charleston Division have learned to expect from him in his many decades of clinical, educational and administrative work at WVU.”

The vacancy was created by the retirement of longtime WVU-Charleston leader L. Clark Hansbarger, M.D., in 2013.

“John Linton was the obvious choice for this position, and for more reasons than one,” said Arthur J. Ross, III, M.D., M.B.A., dean of the WVU School of Medicine. “His years of service with the organization, his dedication to faculty and students in the Charleston division and his gift for connecting those relationships among our three campuses made him the best candidate.”

Linton's WVU career began on the main campus in Morgantown.  He was among the early faculty members who helped establish the University’s Charleston campus as a teaching and clinical center.  For more than 35 years he has directed the APA-accredited doctoral internship in Charleston, and for more than 20 years he has served as the director of the medical student clerkship.

“Dr. Linton is not only recognized nationally as a leader in psychology education, he’s universally respected as a leader on the Charleston campus and throughout CAMC,” said Sharon Hall, president of the CAMC Health Education and Research Institute. “On behalf of CAMC, we are excited about his appointment and I am personally looking forward to working with John in his new role.”

Linton is board certified in both clinical psychology and clinical health psychology, and is the past president of the Association of Psychologists in Academic Health Centers.  His scholarly activities focus on behavioral health related to chronic medical conditions and bioethics as applied to emerging health care technology.

His work includes contributions related to obesity, bariatric surgery, psychological assessment in medical settings, professional issues, ethics, and life-long competencies in clinical health psychology.  He was the founding editor of The Health Psychologist and served as editor from 1979 to 1994.

Linton completed his undergraduate studies at Lebanon Valley College and earned both his master’s and doctorate from Kent State University.

Staying active during the COVID-19 pandemic