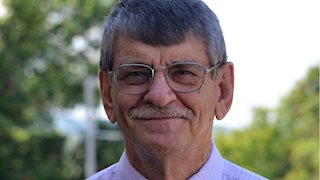 You’re more likely to find suicides when you look for them. And, much of the time, we don’t. Grieving families would frequently prefer not to touch the issue. “The underreporting of suicide is a recognized concern in Canada and internationally,” reads a 2016 study based on data from the Public Health Agency of Canada. Suicide deaths are also examined a lot less closely, on average: a 2010 report found that about 55 percent of US suicide deaths get autopsied, compared to 92 percent of homicides.

The more autopsies a county does, the more suicides it identifies, West Virginia University researcher Ian Rockett has found: if you spend more time investigating a death, you’re more likely to deem it intentional on the part of the deceased. He and his colleagues studied the rate of suicide classifications across counties and found that the more detailed death certificates are, the more time coroners or medical examiners spend on them, the better-resourced they are to be able to do so, the greater a county’s rate of deaths classified as suicides. Another study, which examined autopsy rates in thirty-five countries across Europe, the Mediterranean, and Central Asia similarly found that higher autopsy rates were correlated with higher suicide rates.

School of Public Health Department of Epidemiology Professor Emeritus Ian Rockett discusses suicide reporting as it relates to public health in a recent article that has been excerpted and adapted from "Hello I Want to Die Please Fix Me," a memoir by Anna Mehler Paperny.

WVU in the News: What Medicare For All could mean for WV