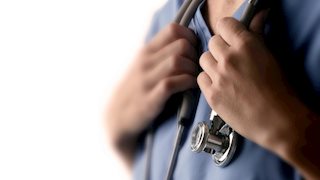 The first Doctors’ Day celebration was organized in 1933 in Winder, Georgia. The idea was conceived by Barrow County Medical Auxilian Eudora Brown Almond, wife of Dr. Charles B. Almond. March 30 was selected because it marked the anniversary of the first administration of anesthesia in 1842 by Dr. Crawford Long, a Barrow County physician.

Since that time, National Doctors’ Day has become an annual celebration to publicly show appreciation for the role of physicians in caring for the sick, advancing medical knowledge, and promoting good health.

“Everyone understands that our physicians are important to our Eastern Panhandle community, not only as caregivers but as neighbors and community leaders,” Rohit Gulati, M.D., vice president/chief medical officer, said. “We want to take this opportunity to publicly thank them for their daily contributions to our health and well-being.”

In 1958, a resolution commemorating Doctors’ Day was adopted by the United States House of Representatives. In 1990, President George Bush signed into law a resolution designating March 30 as National Doctors’ Day.