One of the way to study a phenomena is to look for outliers (or, in medical terminology, study the phenotype.)

We can learn a lot from looking at people, things or agents that behave differently than the rest, either positively or negatively.

Most studies focus on the outliers that have the most problems or the negative deviants. That’s human nature.

We spend more than $3 trillion dollars on health care each year. A lot of work and effort is being directed at how to approach the 1 percent - the super utilizers - differently to save money and improve outcomes.

Another scientific tactic is to focus on the positive outliers: the bright spots.

They face the same risks of having bad outcomes, but instead do well. If we can understand how these people are protected we can explore programs that afford similar protection to a vulnerable population.

This was the clever strategy of Helen Hobbs in the Dallas Heart Study. She looked at people with lots of risk factors for heart disease, but who lacked coronary disease and who had very low cholesterol blood levels. She found a gene, PCSK9, with a mutation.

The mutation had an effect on liver cells that made them much more effective in removing the bad cholesterol from the body. Now a pharmaceutical that mimics this effect is one of the hottest new drugs on the market to control bad cholesterol.

Now researchers across Appalachia are taking this positive outlier approach to public health.

West Virginia Public Broadcasting did an in-depth story this week on healthy Bright Spots across the region identified by research supported by the Robert Wood Johnson Foundation, the Appalachian Regional Commission, and the Foundation for a Healthy Kentucky.

People in Wirt County are less likely to die in accidents, use fewer opioid painkillers, have healthier babies and ate less prone to depression, heart disease or lung disease than others in Appalachia. Now the challenge is to look deeper into what makes them positive outliers. 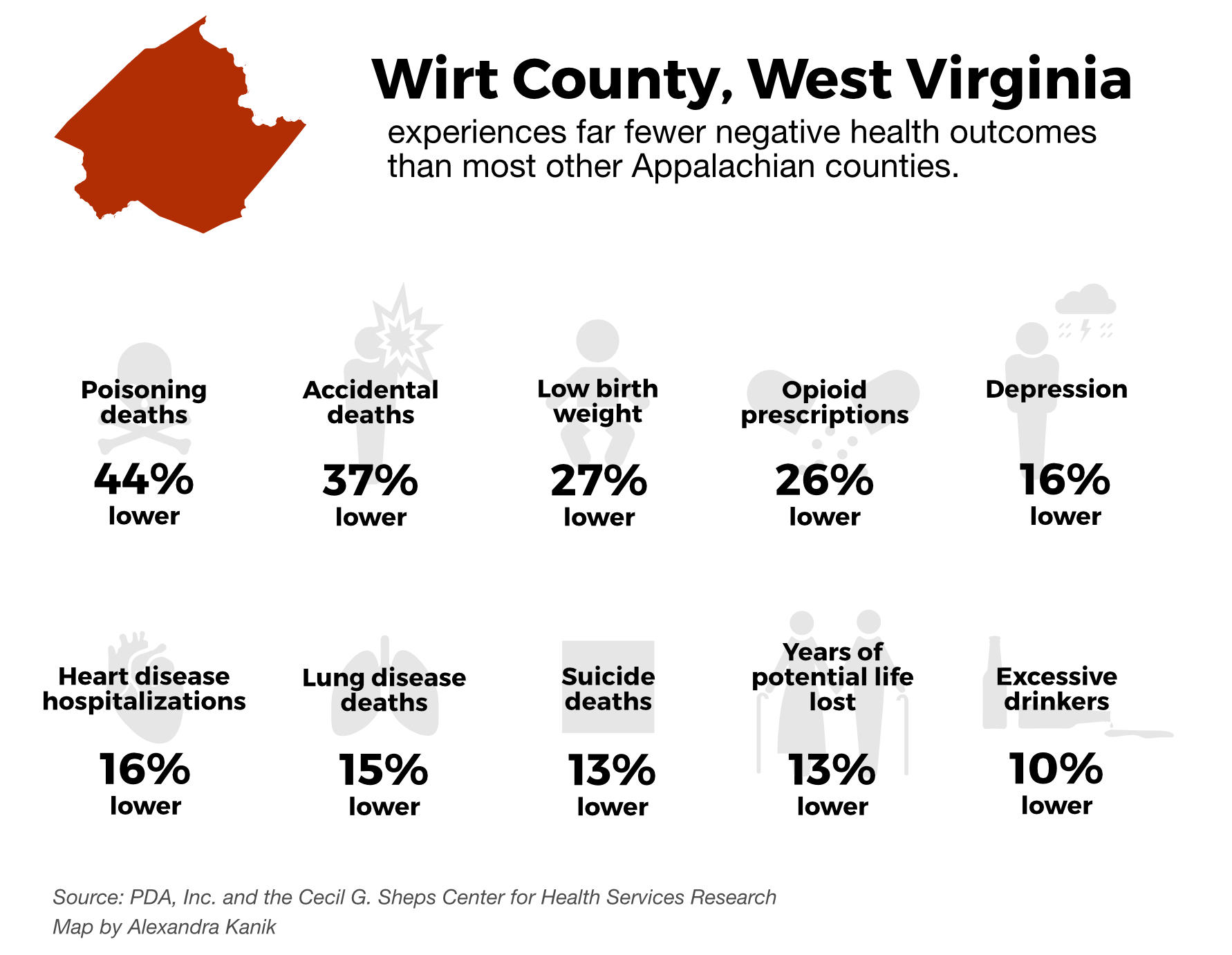 One thing that stands out already: this community has strong social bonds that pull people together and allow them to support one another.

We’re looking at you, Wirt County. But you are not alone.

People across the state are engaged in efforts to find and create bright spots:

These are but a few people and organizations doing well by doing good.

Bright spots have the potential to spread health and hope to others.

We at WVU are here to bridge support for this great work and work with the innovators to scale this approach to others.

Together, knitting together these bright spots promises a great future for West Virginia and the world.